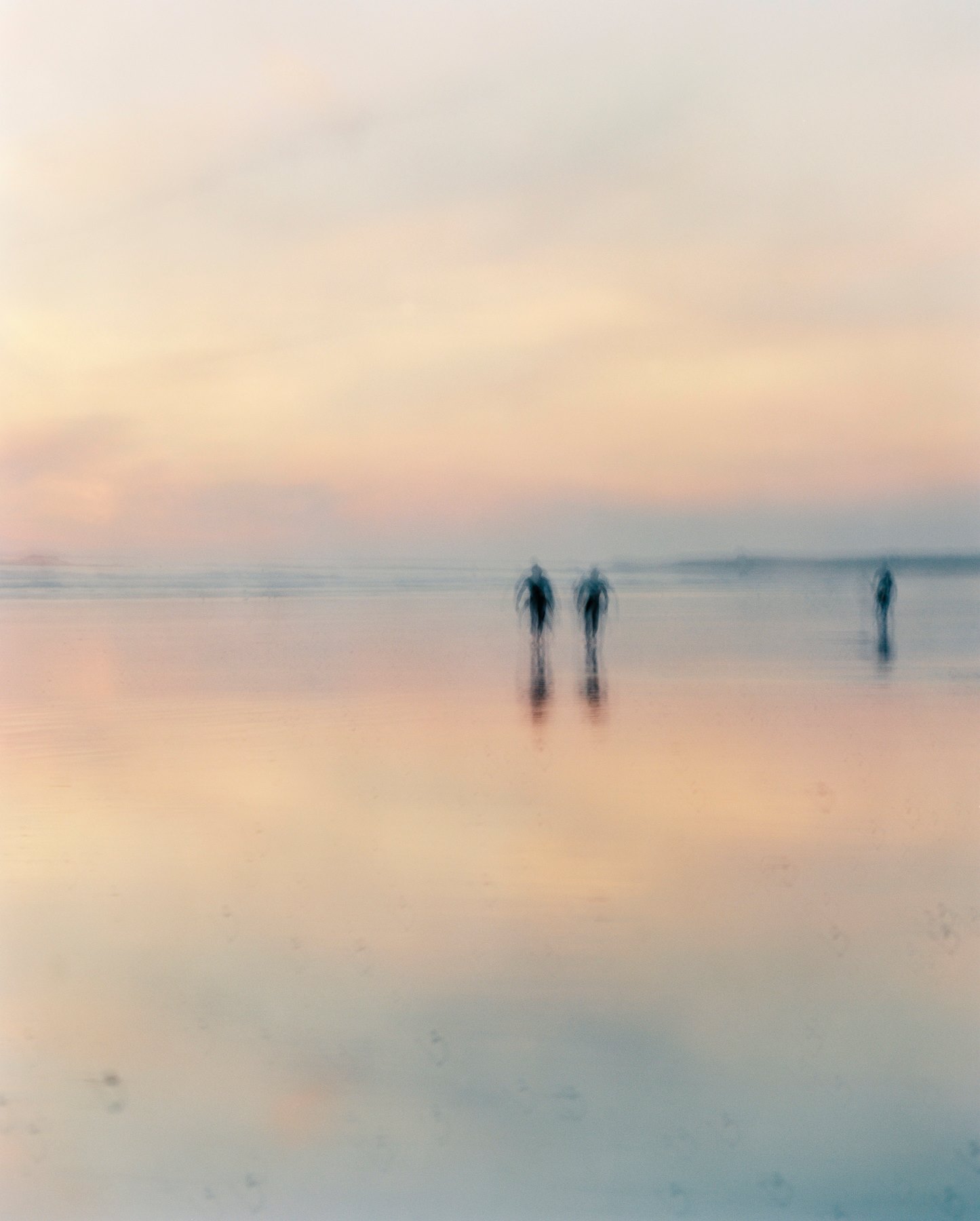 Among the photographers whom I admire for their work and who are a source of inspiration to me, Nils Karlson was one of those who made me change my view on photography. The first years of my photographical journey where dominated by gear: more resolution; sharper lenses; “look how far I can zoom into the image, isn’t it amazing?”. I thought the Clarity control in Lightroom was the most important slider to me.

And then other photos appeared in my stream. Blurred. Impressions of colors. Vague schemes of horizons and people.

Back then, Nils shared photos of seascapes taken on film. Some showed a horizon only, loaded with colors of the sea and sky and emptiness. Few other photos showed silhouettes of people walking by the sea. These photos left me stunned. They made me want to try a different kind of photography than I was doing before.

Another thing that left me impressed was Nils’ fund raising initiative which eventually made him publishing his photo book Earth Stands Still. It includes many of the photos from that time and was inspiring in many ways! Needless to say that I am a proud owner of a copy of this book.

As far as I can tell, his style and focus moved on since then, still resulting in minimalistic and intense photos of the sea and other things that surround him. Find more about Nils on his homepage and Facebook page:

Photo “alternate score (2015)” in this post by Nils Karlson used with kind permission.