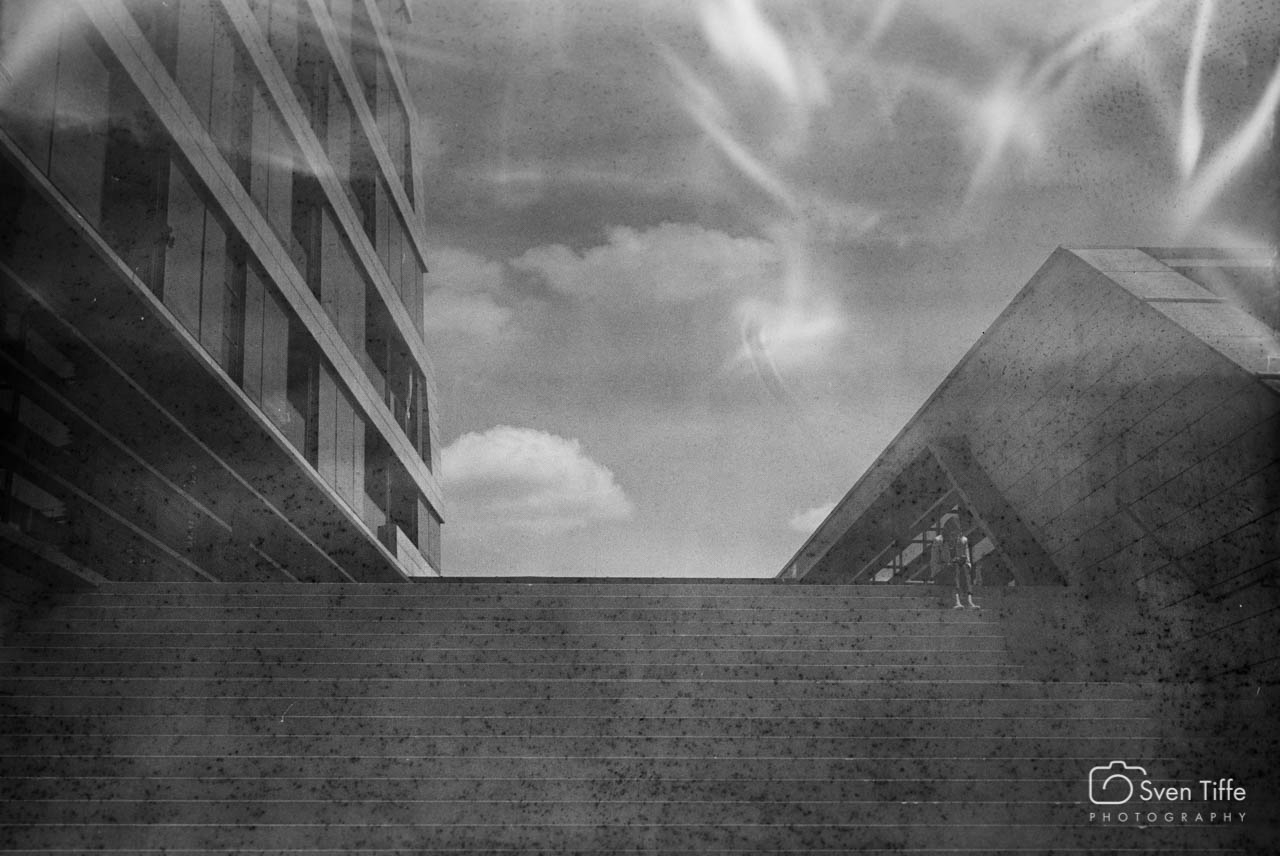 I never tried to develop film on my own but some of my co-workers are not only experienced in film development but also have the required equipment. So one day we’ve planned to play around with instant coffee. Less chemical, less smell!

We took two rolls of Fomapan 100 (which was expired though) and I grabbed an old medium format “point and shoot” camera from a co-worker’s desk. Never tried it before, and I’ve been warned that it might suffer light leaks or incorrect exposure timings.

As it turned out, both assumptions happened to be correct.

We took some photos in late morning, direct sun, lots of contrast. The camera took 6×9 exposures, so I had 8 frames to fill with meaningful content. Then we grabbed the film tanks, coffee, soda and followed the process as described on caffenol.org.

The fixer turned out to be expired as well, but what could potentially go wrong?

I’ve got quite underexposed photos with lots of light leaks and some dark dots in the shadows on most frames. The latter might be related to the development process. I’ve tried to compensate the lack of contrast by post processing the scans in Lightroom.

Was it a success? It was fun for sure!

I actually even like some of the results but will try the process with a proper camera and film next time to exclude some more variables and unknowns. 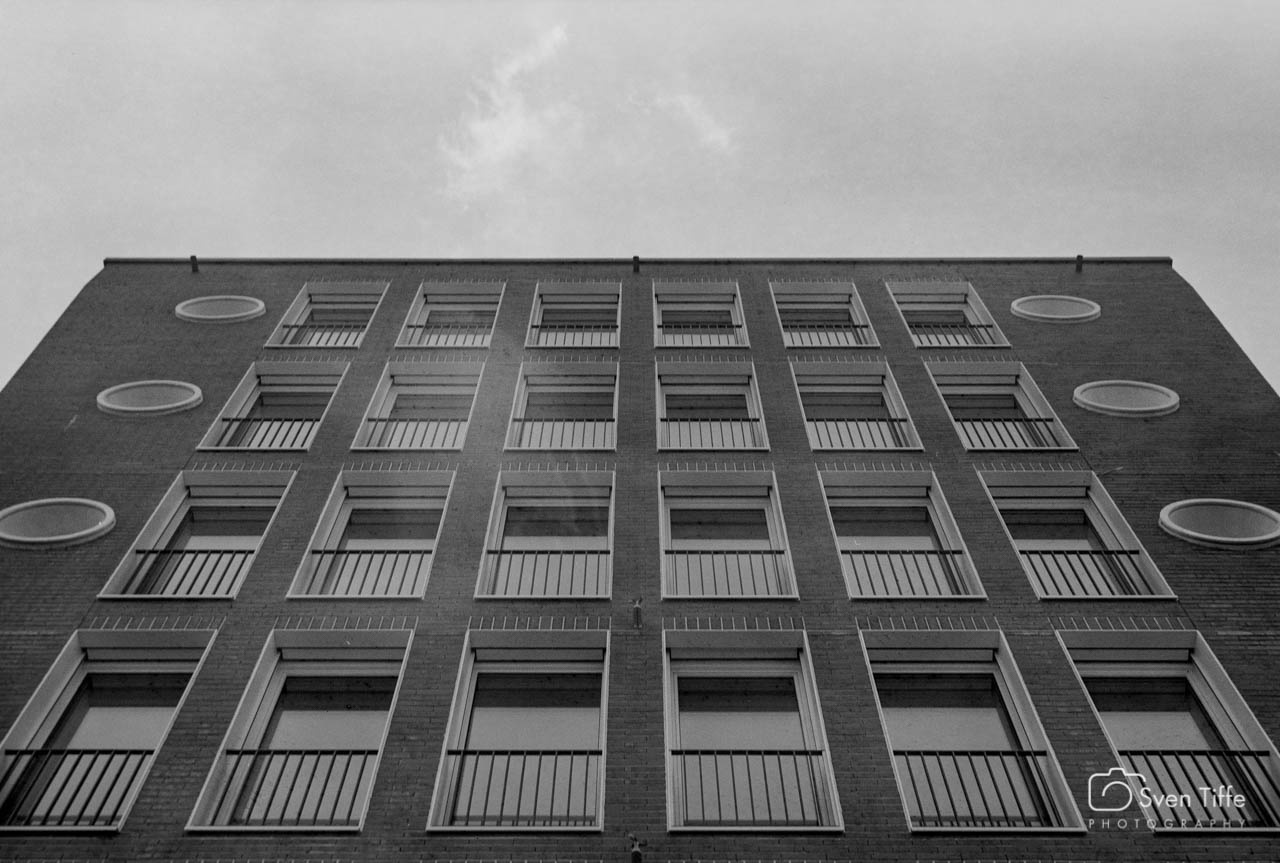 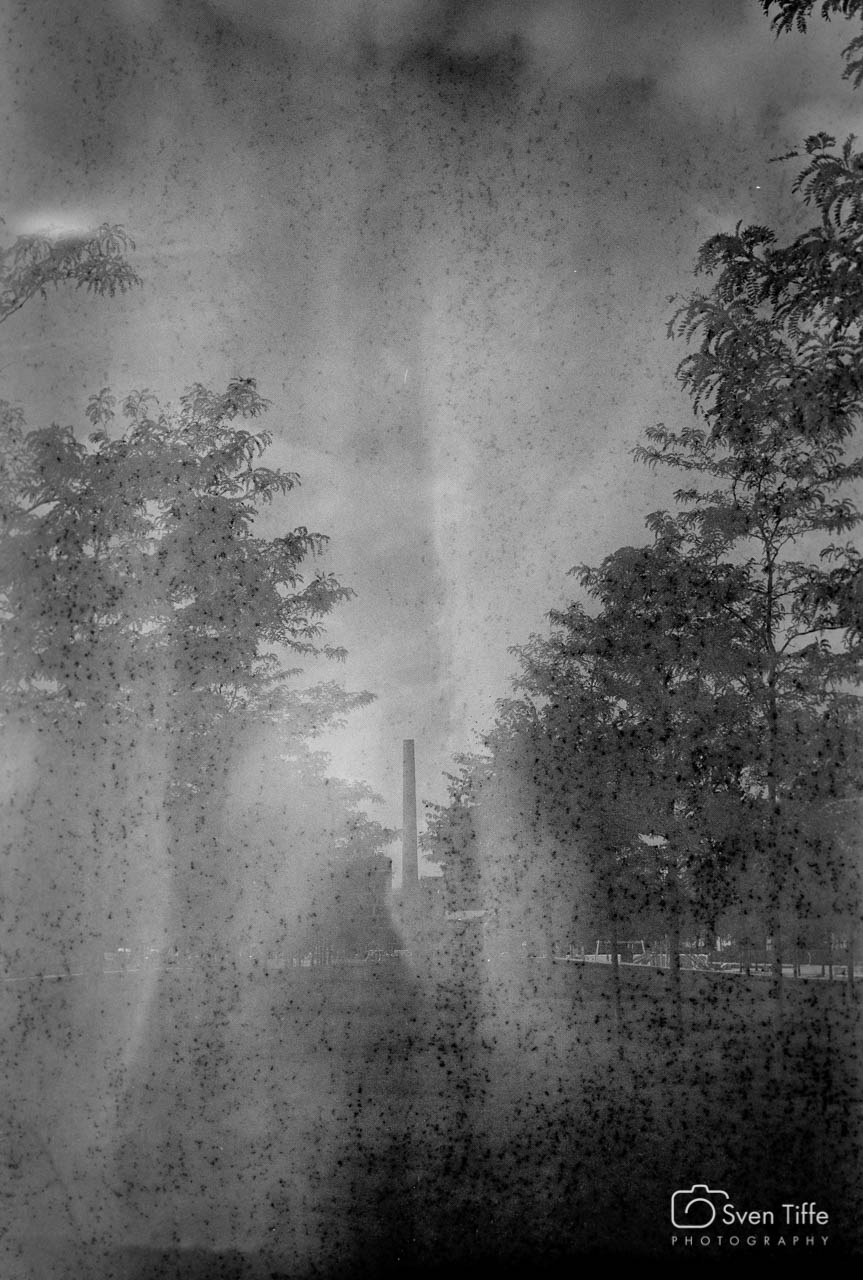